My musical journey began when I was a young girl in Detroit, Michigan. I grew up in a Jewish neighborhood in a culturally Jewish but not particularly religiously observant household.

My dad was a Detroit high school choral director. Two of his more famous students were Martha Reeves of Martha and the Vandellas and Mary Wilson of the Supremes. He also served as the synagogue music director, music teacher and vocalist in many Jewish congregations in Metropolitan Detroit. My mom, a music lover, had a degree in social work but chose to be a stay-at-home mom.

My brother introduced me to folk and blues, rock and jazz. I loved classical music and started studying violin when I was eight years old. I also loved the music of the ’60s girl groups, Motown and the Beatles.

I began studying violin when I was eight. I played in the school orchestras, Junior Symphony, summer music camp, community orchestras and high school musical orchestras. The photo below of me as a young girl was taken at Interlochen Music Camp. I attended two “All-State” summer sessions there when I was in junior high school.

After high school I attended the University of Michigan School of Music. 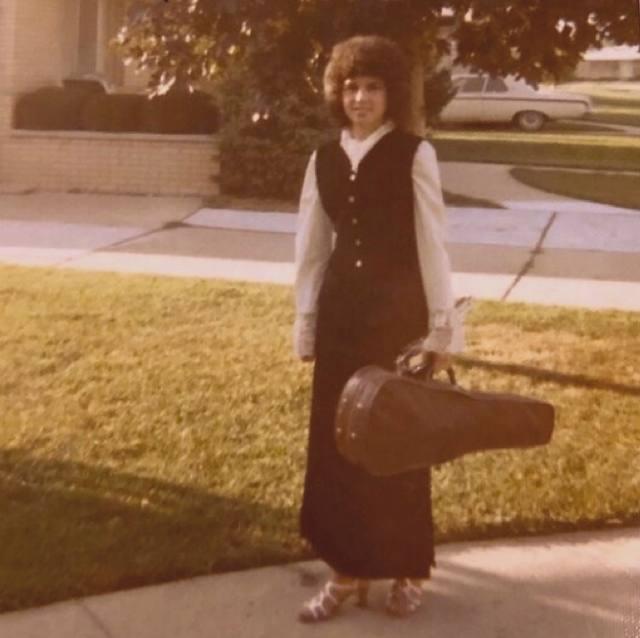 In addition to my formal training, my music education was enhanced in the “school of life” by playing in a strolling violin/singing group, Eddie De Santis and The Singing Strings. Check out the “pop hits” of the late ’60’s! I was also in a country band, The Honky Tonk Angels, with Too Slim of Riders In The Sky, before moving to Nashville.

I retired in 2022 after twenty years as the Music Director/Cantorial Soloist at Congregation Micah. I’ve been writing liturgical and other songs to be used in worship and teaching. I’ve been singing occasionally on recording sessions. My husband, well known Muscle Shoals keyboard player and Musician’s Hall of Fame member, Clayton Ivey, and I are working up sets of jazz standards and other songs for fun at home.

I am already at work on my future in music,  writing new songs, singing on recording sessions, and teaching, coaching and consulting work. And I am working now to record, create sheet music and upload an entire catalog of songs written across the last two decades. I’ve been a professional musician since I was 17, so if I can share some of my over 50 years of experience with someone, I think it would be time well spent. I plan to record some of my songs that have not yet been recorded. And I’d love to have the chance to sing some jazz standards in a small combo with Clayton at the piano.

I have a body of work, both liturgical and secular, going back over 25 years. This work has received very little exposure, outside of my home congregation and the preschool and grade schools where I taught music. As I’ve been listening back to a lot of the songs, it occurs to me that many of the songs with Jewish/Hebrew content could be a good resource for other synagogue or Jewish preschool music teachers, cantors or cantorial Soloists, and/ or parents looking for music for their kids to enjoy. And the secular songs could provide some helpful resources for both teaching and fun listening as well.

I am a member of SAG-AFTRA, AFofM and BMI, and my songs with Hebrew/Jewish content are registered with JLicense. 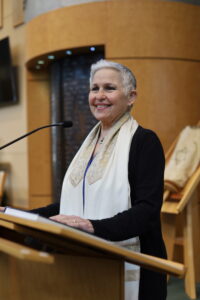 NAMM (National Association of Music Merchants) is the non-profit organization dedicated to promoting the pleasures and benefits of making music. A portion of their mission is to also create an oral history of music’s brightest songwriters and performers. A portion of my interview from September 14, 2022, with the NAMM oral tradition team can be seen by clicking the button to the right. 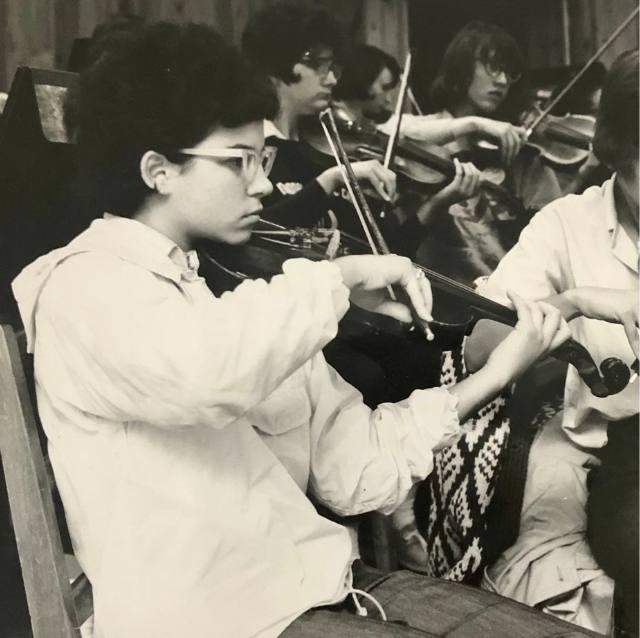 As a young girl, Lisa attended two “All-State” summer sessions at Interlochen Music Camp in Michigan. This photo is from her Junior High (Middle School) days.

The song "Forty Hour Week" was nominated for a Grammy for Country Song of the Year in 1986. I attended a pre-awards party and was given the nominee card to wear so I could get in the door! Lisa's Memories of Writing "Forty Hour Week" Writing with Dave Loggins and Don...

END_OF_DOCUMENT_TOKEN_TO_BE_REPLACED

I moved to Nashville from Detroit in 1972 after attending University of Michigan School of Music and playing in a country band in Ann Arbor, Michigan, "The Honky Tonk Angels". Two of my bandmates (one who later became known as Too Slim in the group Riders In The Sky)...

END_OF_DOCUMENT_TOKEN_TO_BE_REPLACED

..and a Cantorial Soloist

I do not officially call myself a “cantor”, since I was not ordained as a cantor from a cantorial school. But I have served as the cantor at Congregation Micah in suburban Nashville from 2002-2022. My official title was Cantorial Soloist/Music Director. Here’s how...

END_OF_DOCUMENT_TOKEN_TO_BE_REPLACED

I‘ve had the good fortune to play and sing with some remarkable musicians and singers. An early highlight was playing fiddle on an album with Chet Atkins called “The Night Atlanta Burned” and on Ray Steven’s “Misty”. I’ve sung on hit records with the background vocal group The Cherry Sisters and other great singers for England Dan and John Ford Coley, Dr. Hook, Garth Brooks and many others. I’ve had  the opportunity to travel to places around the world singing with Charlie Rich and Jerry Reed. I was mentored as a songwriter by some of the best Nashville songwriters. In addition to having many songs recorded, I’ve been lucky to co-write a couple of hit records and have one of the songs nominated for a Grammy. A completely unexpected, but perhaps not surprising, highlight of my career has been to serve as Music Director/Cantorial Soloist at Congregation Micah since 2002. 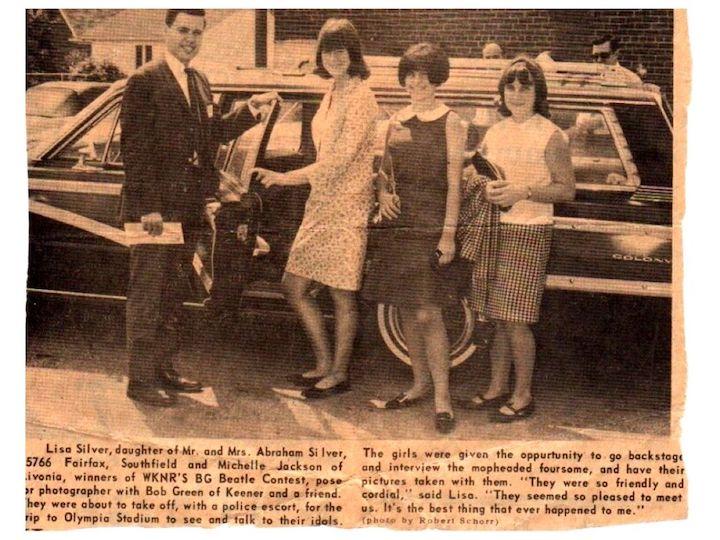 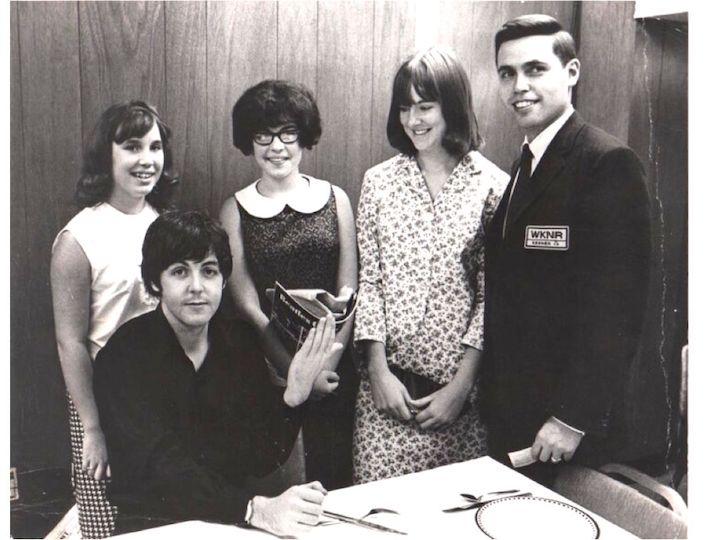 When I was 14, I was a very lucky girl! My postcard was picked out of who knows how many entries in the Detroit area. My mom was an experienced contest enterer, and she told me to increase my odds by putting postcards in the mail at different times all over town. It worked! I was one of the contest winners, and I got to go backstage for a few minutes after the Beatles played at Olympia Stadium in August 1966. Totally surreal and still thrilling when I think about it! 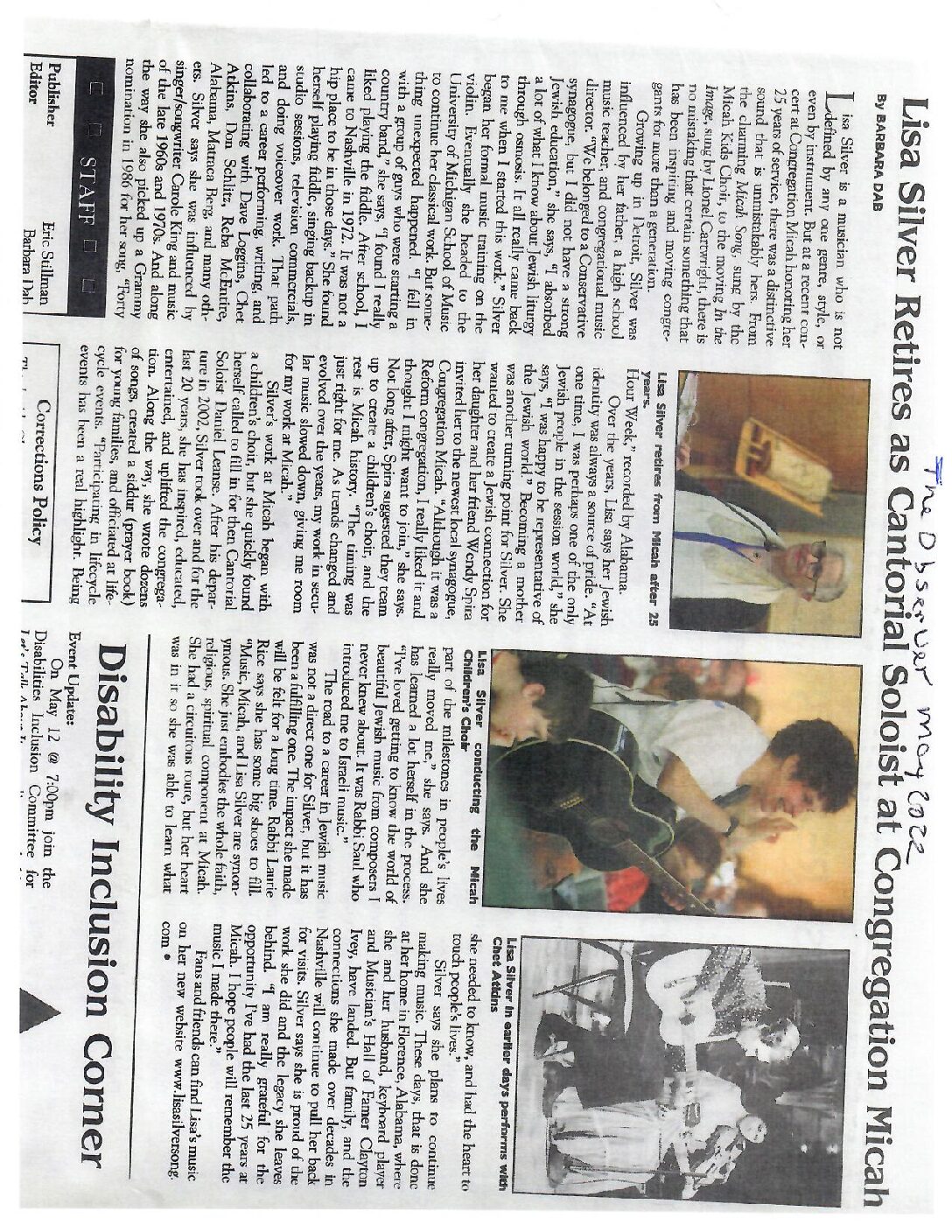