..and a Cantorial Soloist 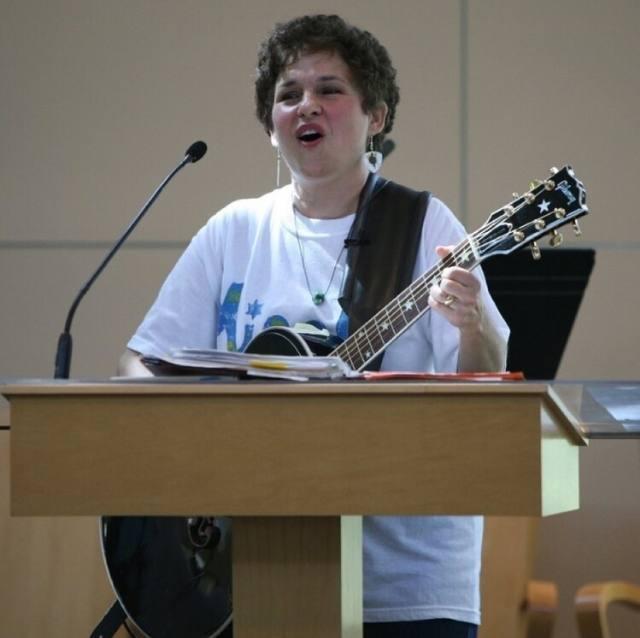 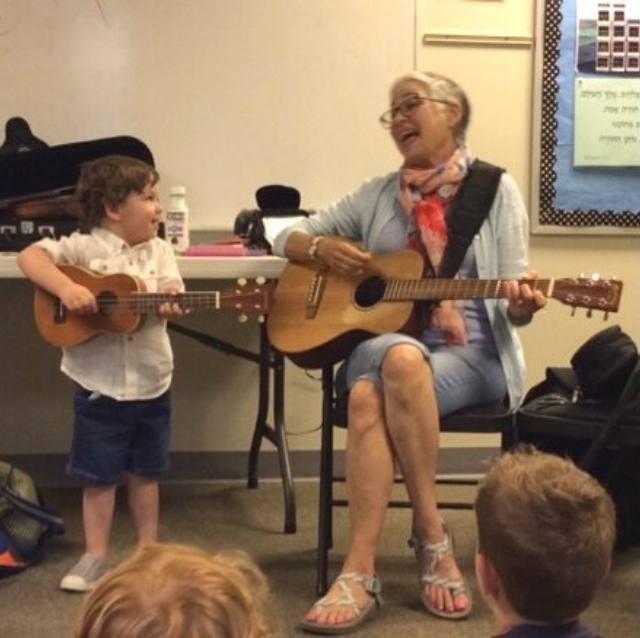 I do not officially call myself a “cantor”, since I was not ordained as a cantor from a cantorial school. But I have served as the cantor at Congregation Micah in suburban Nashville from 2002-2022. My official title was Cantorial Soloist/Music Director. Here’s how that came about…

I had been disconnected from synagogue life since I graduated from high school in 1969. I always attended or held a Passover seder every year and a Chanukah party, but I did not regularly attend a synagogue, except during the High Holy Days, which is not uncommon for many Jewish young adults. And, not uncommonly, when I became a mom, I started thinking about creating a Jewish connection for my daughter.

My friend and sometimes writing partner, Wendy Spira, suggested I come with her to the newest Nashville synagogue, Congregation Micah. I enjoyed it and started to think I might like to join. A short time later, Wendy suggested we start an “out of the box” kid’s choir, and with the help of Micah’s then Cantorial Soloist Dan Nichols, we teamed up Teri Simon, and the Micah Kid’s Choir was born. I volunteered as one of the co-directors, and the Micah Kid’s Choir grew into a fun and meaningful part of Congregation Micah.

Fast forward a few years, Dan Nichols went on to become a touring Jewish rock star, and Daniel Leanse took his place at Congregation Micah. I got to know Daniel by volunteering to add some background vocals to a Congregation Micah CD, and at one point I mentioned to him that I’d be glad to be his substitute singer if he was ever unavailable or out of town in the future. Not long after that, Daniel called and asked if I would sub.

I learned an entire service of music in a very short time (I was trained to learn music quickly as a studio singer) and subbed for him at a Shabbat service. I loved the music and loved the experience of singing in the beautiful sanctuary at Congregation Micah.

I have proudly served as Congregation Micah’s Musical Director/Cantorial Soloist from 2002-2022.

The Magic of Music

Working with children takes a lot of energy, it can be exhausting, but it’s fun and gratifying! I think even the littlest kids feel the power of music. I’ll share a great example. A few years back I was co-teaching weekly music classes with my friend Beckie at the Micah Children’s Academy, ages spanning from 1-5. One particular morning, the 1 year olds entered the classroom and they all were crying. Actually wailing, all of them! Beckie and I looked at each other and said “Now what?” I don’t know what possessed me, but I picked up my violin and started playing “Twinkle Twinkle Little Star.” Within seconds all the little ones stopped crying and were staring, transfixed, at the violin. It was a magical moment. 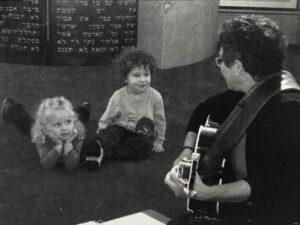